Was this article useful?
Click the thumbs up >
Michael Dearham, a technician from the Newcastle-based Hodgson Toyota dealership, has been named the Japanese manufacturer’s Apprentice of the Year.

Dearham, 20, beat off competition from 130 other apprentices across the country within Toyota’s training academy.

Now in the final year of his four year apprenticeship with Hodgson Toyota, Michael is guaranteed a full-time job with the North-East’s independent car dealer on completion of his training.

Dearham was awarded with a plaque, an iPod and additional electronic accessories. Still stunned by his own triumph, he said: “I was genuinely shocked when my name was announced. I thought one of the lads back in the workshop had managed to somehow play a prank on me by sneaking my name into the envelope!

“I’m delighted with the award and it’s a reflection on my team and my ongoing training as much as me. I hope I can now build on this success and continue to progress my career with Hodgson.” 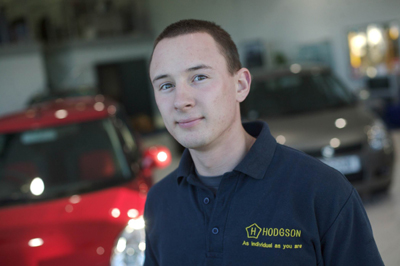