Was this article useful?
Click the thumbs up >
Aston Martin has opened its first dealerships in China in partnership with GruppeM in order to capitalise on an ‘emerging generation of young, aspirational Chinese consumers’.

The first showroom will be in Shanghai’s Xin Tian Di district, with enough space for five display cars. There will also be a service centre located close to Shanghai’s Hongqiao airport.

Dr Ulrich Bez, Aston Martin’s chief executive officer, explained that it was important to wait until the right partner was found before moving into China.

He said: “Aston Martin has been carefully monitoring the growth of the luxury sports car market in China.

“But it was vital that we found the right partner who not only understood Aston Martin’s brand values but also the luxury market. We are confident that GruppeM have the expertise and knowledge to help us develop Aston Martin in China.”

Aston Martin currently has 120 dealers in 28 countries around the world and in addition to Shanghai and Beijing, recent openings include Cape Town and Bordeaux.

Kenny Chen, GruppeM chief executive officer, said: “I have always had a passion for the Aston Martin brand which, combined with our knowledge of the luxury automobile market, will enable us to bring a very personal touch to the business.” 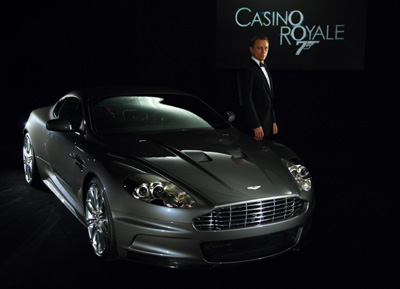 Aston Martin’s brand awareness in China was raised after the release of Casino Royale, which was the first James Bond film to be distributed throughout China.