The Hakaze is now available to almost three million Second Life residents to drive and own.

After free registration at SecondLife.com and downloading the appropriate software, cyber pilots can teleport to Nagare Island where the Mazda Hakaze will appear on a platform.

It duplicates itself and they can then drive the design concept on a challenging test track around the island that includes a jump. If they master the jump, and demonstrate they are competent to drive the car, they get to keep it. 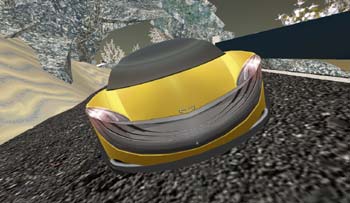 The Hakaze concept in Second Life

What is Second Life?

Second Life is a 3D virtual world entirely built and owned by its residents. Since opening to the public in 2003, it has grown explosively and today is inhabited by a total of 3,656,419 people from around the globe.