Was this article useful?
Click the thumbs up >
Euro NCAP has released the results of five cars: the Fiat Bravo, the Honda CR-V, the Honda Legend and the Mitsubishi Outlander.

The Legend is Honda's first five star car. It has also scored three stars for pedestrian protection, featuring an active protection system which detects when a pedestrian has been struck and raises the bonnet to prevent the pedestrian contacting hard components in the engine bay.

Sheila Rainger, campaigns manager for the RAC Foundation, said: "The safest car on the road is the one which does not get involved in accidents. While drivers must still take responsibility for driving carefully and attentively, these results should reassure consumers that manufacturers are adopting the latest technology in order to protect drivers, their passengers, and pedestrians." 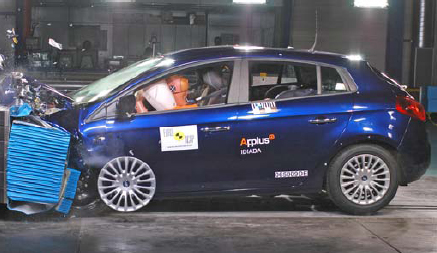 Fiat told journalists on the Bravo's international launch that it expected the model to perform well in the Euro NCAP tests.