Veyron crashes in the UK

Was this article useful?
Click the thumbs up >
The first Bugatti Veyron to be crashed on a public road has happened in the UK.

Motorists near Chertsey in Surrey witnessed £840,000 eight-litre supercar collide with a Vauxhall Astra at 100mph in heavy rain, before crashing into trees on a road side bank. 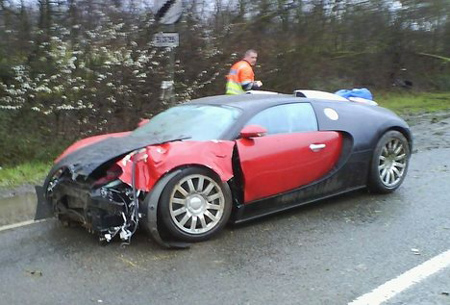 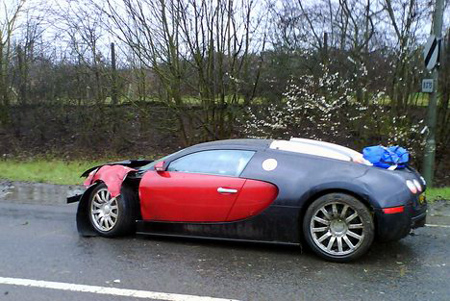 It is claimed the vehicle was being rented to the driver for £20,000 a day. Nick Lancaster, chief executive of dealer HR Owen, which sold the car, told The Sun: "It is the first Veyron I have heard of being damaged. We cannot say yet whether it is written off or not.'

According to The Sun newspaper, the 1,000bhp Bugatti - which can do 0 to 60mph in 2.5 seconds - is owned by a businessman in his forties who runs a car hire and management company with his brothers.

Insurers are now deciding whether the car is repairable or whether in fact it will be a contender for the most costly write-off in history.