Was this article useful?
Click the thumbs up >
Most female job seekers still see the motor industry as an elusive area of employment – a stereotype that Jo Cameron, director of UR Hired, is looking to change.

Cameron, former head of dealer training at MG Rover and a candidate on TV show The Apprentice in 2006, says women are put off by the industry’s masculine image.

“We look at manufacturers’ and dealers’ recruitment policies and make them more female friendly,” she explains.

“But some brands just aren’t attractive to women. We will also help our clients make the workplace more appealing to women.”

Jobs advertised through UR Hired appear on the company’s website and it is hoped that women will use this as a way of finding jobs that are not traditionally seen as female roles.

Until the end of June, employers can take advantage of free job ads.

“One of our prime targets is sales jobs,” explains Cameron. “Women are often put off by the long hours and inflexibility but we encourage employers to consider more creative ways of working to diversify their workforce.”

So far, UR Hired’s clients include ITV, BBC and Tiscali. Vauxhall is one of the first motor manufacturers to sign up. 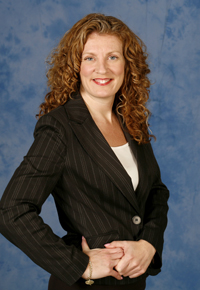