Was this article useful?
4 people found this useful
Landwind, the Chinese car manufacturer, is looking to recruit UK dealers ahead of the launch of its 4x4 and MPV models which go on sale here in next spring.

Paul Williams, the managing director of LWMC, the European distributor for Landwind vehicles, said: “The important thing is that we work with people who have the right attitude. In the UK we are already talking to people interested in taking on the franchise and we will make announcements about dealers when we are ready.

Independent distributors have already been set up in France and Spain, which will utilise former Rover dealerships.

Williams believes that Landwind will be able to establish its vehicles as value brands. “There are opportunities for no nonsense, value for money vehicles with simplicity of offer and choice.

“We will have a pan-European pricing and margin policy – although there will be regional variations on the VAT rate, there will be limited specification options and just three colour choices,” he added.

Landwind was the first Chinese manufacturer to venture into Europe two years ago but got its fingers burnt when it failed a crash test.

Williams, who used to head up Kia Motors in the UK, said: “We have learned from that and investments have been made to ensure the vehicles meet Euro IV emissions and crash test requirements.”

JiangLing Motors, the parent company of Landwind is fitting the models with frame reinforcements, a redesigned steering column and modified fuel lines to prevent fires. 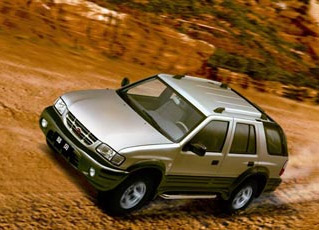