Bentley expects Asia, the Middle East and South America to be its three big growth markets next year. Europe and Russia, it says, are likely to be flat. 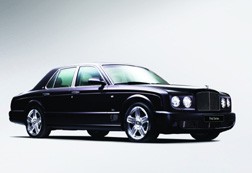 The premium carmaker is expanding into India and will launch its new FlexFuel ethanol cars into the ethanol-only market of Brazil next year.

“Brazil will give us good market penetration with FlexFuel and an insight into that product before it is launched elsewhere,” says Stuart McCullough, Bentley’s member of the board, sales and marketing.

As for the UK, dealers are still making money despite the fact that buyers are deferring purchases. McCullough says this isn’t a CO2 or fuel economy consideration; customers are still paying deposits but asking for delivery to be held off for a few months.

Dealers are plugging the sales gap with higher service absorption which has risen because of the surge in Bentley sales in recent years. But their main focus needs to be on used cars – McCullough believes it is the most critical issue for the industry.

“There have been large residual value falls which makes cost to change higher,” he says. “Dealers have to make sure they are selling used cars as efficiently as they can – it needs management support, advice and constant reviewing.

“Some of the big groups that wrote down stock quite hard are now back in the market buying stock; others aren’t.”

Bentley has unveiled a special edition of the Arnage, the Final Series, which is the last model in the current incarnation. The company is not saying whether the replacement, due next year, will carry the same badge.

However, McCullough says: “The Arnage replacement will have a broader appeal than the current car.”

Details of the car and other product information will be given to dealers at a worldwide conference in London and Crewe at the end of this month.

“Our business is all about maintaining CSI and retention,” adds McCullough. “60% of everyone who bought a Flying Spur worldwide still have that car; of those that have changed, 90% acquired another Bentley.”