The Paris Motor Show 2008 with Renault, Toyota, Seat and Audi

Renault Megane – Megane can add to a lacklustre reputation 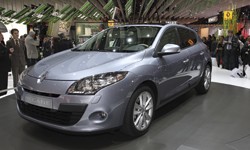 Bigger, lighter and with less controversial styling and boasting improved performance and economy, the new Megane seems to have all it takes for success.

But spending an extra €400 per car for the superior quality demanded by UK customers should also add gloss to Renault’s lacklustre reputation in the C-sector.

Available now in hatchback form and as a strik-ingly handsome coupé from
January, the car costs from £14,000.

With better standard equipment, Expression is the new base trim level and seven petrol and diesel engines are available at launch, with more to follow. 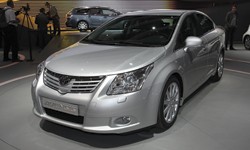 Toyota builds its D-sector Avensis in Britain, but the Japanese company has yet to decide on UK market trim levels for the third-generation Mondeo and Vectra rival.

What is certain is that the car, designed and engineered in Europe, will be the first to have the Japanese company’s new optimal drive technology under its bonnet, promising up to 26% reduced CO2 emissions.

The new Avensis will be longer and wider than the current car, which means more room for occupants.  It goes on sale in January. 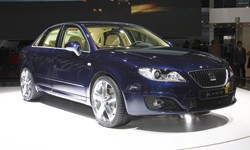 The Seat Exeo is due for launch in the UK in the first half of next year.

It is intended to challenge the likes of Ford Mondeo for sales by offering a premium feel without a premium price.

Based on the VW Group’s mid-size platform that also underpins the Audi A4, the Exeo has a reworked suspension and chassis to deliver a saloon with a harder-edged driving experience in keeping with its position as the sporty proposition in the VW Group brand portfolio.

Buyers will be able to choose from three petrol engines, with power outputs from 100bhp to 197bhp, and three commonrail turbo diesels (118-168bhp). Prices are expected to start at around £16,000. 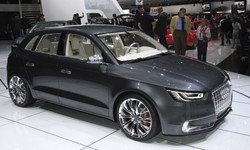 A mobile phone controlling various functions is one of the highlights of the new Audi A1.

The Audi Mobile can control everything from the stereo to the heater.

The hybrid has a turbo engine and electric motor.