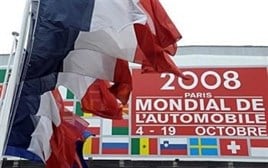 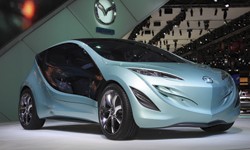 Based on a new platform, the Mazda Kiyora (clean and pure in Japanese) concept is a “lightweight urban compact car” with a carbon-fibre body.

The focus is on drivability with environmental and safety features under Mazda’s vision of ‘Sustainable Zoom-Zoom’. 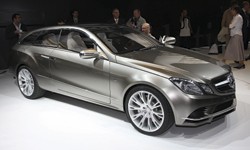 The Mercedes-Benz Concept Fascination shows elements that will be seen in forthcoming cars.

The front end hints at the E-Class Coupé while the interior is the first look at the all-new
E-Class.

Both cars are due next summer. The coupé is a replacement for the CLK; its name will be parked for a while as Mercedes puts all its focus on a successful launch for the E-Class. 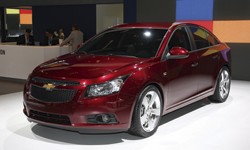 The four-door family saloon will go on sale in the UK in April with buyers able to choose from 1.6- and 1.8- litre petrol engines or a 2.0-litre 16v diesel unit.

Though trim levels have not been finalised, Chevrolet expects air conditioning, electric windows and CD system to be standard.

Other features include iPod and MP3 compatibility plus an option to store your own music on a hard drive within the stereo. A ‘twin cockpit’ design includes dials backlit in blue. 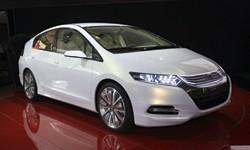 Although tagged as a concept car, the five-seat five-door hatchback which Honda displayed at Paris will have only a few minor changes, such as different wheels, when in full production.

At its heart is a 1.3-litre petrol-electric IMA hybrid engine, the culmination of 20 years’ hybrid development. Honda expects the Insight, which has an aluminium body to keep weight down, to achieve similar fuel economy and emissions as the Civic Hybrid.

It will be priced around £3,000 less than the Civic Hybrid, which costs £16,600, and its Toyota Prius rival. That’s because Honda is determined to make hybrid technology available to the family car buyer.

The dashboard has a futuristic ‘globe’ unit with laser projection technology and navigation, and communication and entertainment functions.

“We believe this car will offer a new driving experience, whether in heavy snow or other challenging conditions, while still preserving the go-kart feeling associated with the Mini family,” said Robertson.

“This is the perfect car for the get-away weekend and we’re confident there’s further potential for extending the Mini family.”