Was this article useful?
Click the thumbs up >
Ford has revealed the first pictures of its new Focus RS model which is currently being tested at the Nürburgring Circuit in Germany.

Production of the new model will start early next year, but Ford hasn’t yet revealed when UK customers can get their hands on a Focus RS.

The new RS has been developed by the same team that dreamt up the oringal Focus RS in 2002 as well as the recent Fiesta ST and Focus ST. 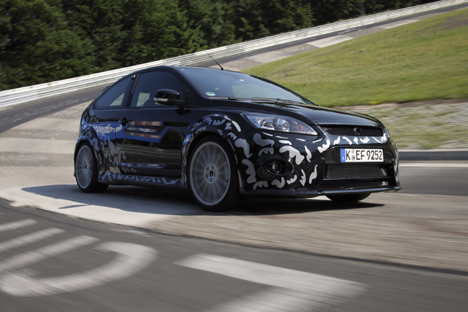 The head of that team, Jost Capito, Ford of Europe’s vehicle line director for performance vehicles, said: “The new Focus RS is as much a car for driving enthusiasts as the one before it and classic Ford RS models of the past.

"We’re staying true to the core RS principles of a no-compromise, affordable high performance road car you can live with. The new Focus RS will have the muscles, heart and soul of a genuine RS and will be exciting to drive every day."

The all-new Focus RS features a specially developed, turbocharged version of the Duratec 2.5-litre engine, based on Focus ST, but has been revised to generate 278bhp.

The new Focus RS test and development programme is now well underway and will continue for several months, prior to the vehicle being readied for production.

The first look at the new model will be at the London Motor Show in July. Further technical details of the new Focus RS will be released closer to launch. 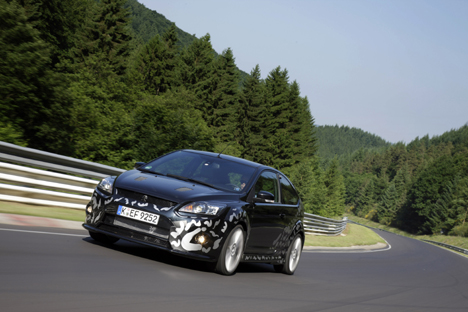