Stephen Briers leaves AM to join Fleet News as editor 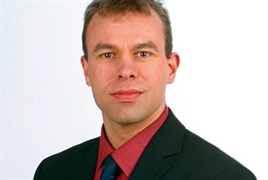 Stephen Briers, editor of AM, is leaving the newspaper after over six years in the role to replace Martyn Moore as editor on sister paper Fleet News.

Briers began his career in journalism in 1993 as a writer on Body Magazine, becoming editor in 1995. In 1998 he moved to the role of deputy editor on Automotive Management and then became news editor of AM, a merger of Automotive Management and AutoTrade, in 2002. He was appointed editor later that year and has since turned AM into the industry’s leading business publication.

He said: "I’d like to thank everyone who has helped me to shape AM over the past decade, and in particular during my six years as editor. Colleagues past and present, and countless personalities from the industry have all played their part.

"I’ve met hundreds of dealers, repairers and bodyshops, each of whom has had an interesting story to tell, each of whom has helped me to better understand their industry; I’ve had the opportunity to question almost every UK carmaker managing director on their retail policies.

"I leave as the industry faces some immense challenges, ones that not every company will survive. But there are plenty of outstanding businesses, which are playing vital and valued roles in their local communities, and they will continue to drive this industry forward. AM will continue to play its role in supporting the industry by providing news, insight, advice and best practice."

Stephen Briers will commence his new role of editor on Fleet News on February 26.

His last 'Big Picture' column  will be in the February 20 issue of AM.