Volkswagen has revealed the first pictures of its fifth generation Polo at the Geneva motor show ahead of its UK launch in October. 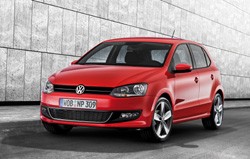 Slightly longer and lighter than the current Polo, the new incarnation will feature new TSI and common rail TDI engines.

The new Polo was styled by VW’s head of design Walter de Silva and its looks are influenced by the new Scirocco and Golf.

Customers will be able to choose from naturally aspirated 1.2- and 1.4-litre petrol engines, as well as a turbocharged 1.2-litre TSI petrol and new 1.6-litre TDI common rail diesel.

All are equipped with either five or six-speed manual gearboxes as standard and, for the first time on the Polo, selected variants can be specified with Volkswagen’s seven-speed automatic DSG transmission.

A Polo BlueMotion model will also join the range shortly after launch. 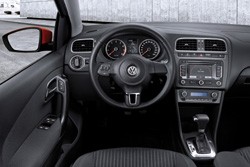 Production of the new Polo for the UK market starts this summer before first deliveries take place in October. Prices will be announced nearer launch.