Market trends: Be careful what you wish for 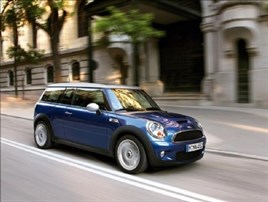 Two years ago, car manufacturers in Europe would have said their biggest challenge was the CO2 targets set by the EU at 130g/km of CO2 for 2012.

With average CO2 of 164.8g/km in early 2007, it was hard to see where an improvement of that magnitude was coming from.

Two years on, there is relatively little talk about CO2, partly because financial survival for both manufacturers and consumers is the only priority. However, the other reason it has slipped down the agenda is that manufacturers are suddenly on the right path to meet the deadline.

According to the latest quarterly data from www.cleangreencars.co.uk, average CO2 has fallen to 153.9 g/km.

At that rate of improvement, the average will be down to 138g/km by 2012 – within hailing distance of the target.

Indeed, the first major manufacturer has just reached the target: Mini’s figure was 130.5g/km in the first quarter of 2009 and will fall below 130g/km in the second quarter.

And market-leading Ford is not a million miles away, down to 144.0g/km.

Unfortunately, this is one target the manufacturers would probably not reach – at least not via the route they are currently following.

The recession is making everyone downsize to smaller, and therefore lower margin, cars which is not the solution the carmakers had in mind.

Reducing emissions via high-tech and appropriately expensive means on large cars is one thing, but reducing it via the simple expedient of buying smaller cars is something else.

There is also little prospect of carmakers moving back to larger, higher emission vehicles once the recession is over.

Politically, it would be very difficult for the car companies to explain why CO2 figures were rising in 2011/2012 just as the CO2 limits come into force.

A car industry complaint that, “we can’t meet the target” would get the simple response, “stop increasing your emissions, then.”

So, the car industry has accidentally set a benchmark it will have to
stick to.

It is probably not what the accountants want to hear, but cars will have to include a lot of expensive new technology, like electronic valves and combined charge engines, which run on petrol, but have no spark plug.

Even small and medium cars are going to have to cut their emissions significantly to keep the fleet average down as the recession ends and buyer preferences change.

The silver lining of falling emissions is surrounded by a dark financial cloud.