Kia’s new B-segment model will be called Venga when it goes on sale in the UK at the start of next year. 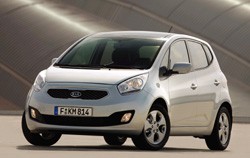 The Venga first appeared as the No.3 concept which was shown at the Geneva Motor Show in March.

Kia says the Venga aims to have the interior space of a larger C-segment vehicle but in a smaller B-segment package.

Every engine in the Venga line-up will be available with Kia's Intelligent Stop and Go (ISG) technology and will comply with Euro V emission standards.

Venga will be marketed exclusively in Europe where customers will be offered a choice of two 1.4-litre and 1.6-litre petrol and diesel engines, generating between 73bhp and 113bhp. 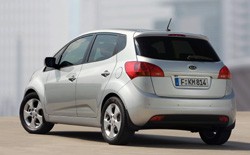 The new model will feature a sliding 60/40 split rear seat that also folds flat into the floor, a twin-level boot floor and depending on model a tilt-and-slide all-glass panoramic roof.

The Kia Venga will make its world premiere during the Frankfurt Motor Show on September 15.