Peugeot has rebranded with a new logo to mark its 200th anniversary. 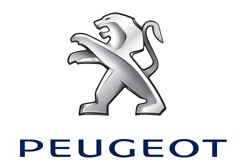 The SR1 concept incorporates HYbrid4 technology with a 1.6 litre THP 218bhp petrol engine combined with a rear electric motor developing 95bhp. In electric only mode, the car becomes a zero emission vehicle (ZEV), with a combined cycle fuel consumption of 57.7 mpg or 119 g/km of CO2.

When the two power trains operate simultaneously, the SR1 develops a potential maximum power output of 313bhp, while benefiting also from four-wheel drive.

The HYbrid4 technology will eventually be available on four different models in the Peugeot range.

The Peugeot SR1 concept car will be unveiled to the general public at the 2010 Geneva Motor Show in March.

The first production vehicle to display the new Lion will be the RCZ which is to be launched this spring.

UK dealers will have to update their corporate identity to match the new logo, but Peugeot has not revealed how quickly it wants this to take place.