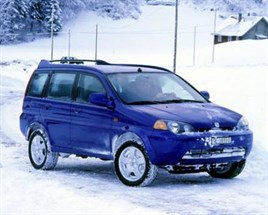 Land Rover’s Range Rover (2002-onwards) was shown to be the most break down prone off-roader – two thirds of its reported faults were suspension or electrical hiccups – behind the Jeep Grand Cherokee (1999-2005) and Volkswagen’s Touareg (2003 onwards).

The study of looked at 16,000 three- to eight-year-old 4x4s and SUVs on Warranty Direct’s books.

Predictably, the top-10 is dominated by Japanese and Korean manufacturers, but Land Rover’s Freelander (2006 onwards) breaks their stranglehold, with only one in five breaking down annually and a modest average repair cost.

The study used Warranty Direct’s unique Reliability Index rating (www.reliabilityindex.co.uk), which takes into account how often vehicles break down, average repair cost and time spent in the garage to calculate its overall reliability.

The lower the Reliability Index number, the more reliable and cheaper to repair the car.