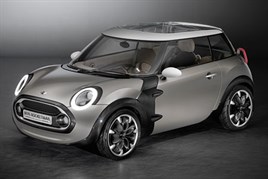 Mini is planning to upgrade its dealer network showrooms as it looks to make room for its fifth and sixth models to its range.

The brand’s new Coupé is now on sale and a Roadster will join the range in the first quarter of next year.

Jochen Goller, Mini UK managing director, told AM: “We have a solid network in place and good representation across the UK with 134 sites which are all profitable – it can’t be any other way.

“What we need to do now is expand our showroom space to be able to cope with the new models that are being added to the range.”

Mini will now roll out its showroom expansion plans across the network.

JCT600 has already expanded its showroom in Bradford to make way for the larger model range with double the showroom space, a dedicated handover bay as well as upgrades to storage and valet facilities and used car layout.

Mini is increasing its range from two models with the Hatch and Convertible to six with the Clubman, Countryman, Coupé and Roadster.

A Rocketman model, which will sit below the Hatch in the Mini range, will go into production in 2014.

Mini is also looking to push its association with the Olympic Games next year by supporting Team GB and putting three special edition Hatch models on sale.

He also ruled out the idea of Mini moving into the scooter market, following its electric scooter model concept at the Paris Motor Show last year.

Goller said: “We’re firmly concentrating on the car business but we will be looking to provide a wider range of mobility deals to customers.”

He wouldn’t elaborate further on what these possible deals could be.