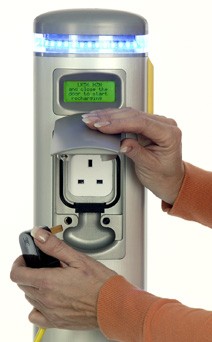 Just 786 electric cars have been sold using the Government’s £5,000 discount per vehicle which had the budget for 8,000 vehicles when it was launched in January this year.

The Government is due to review the grant early next year, but George Osborne could announce a decision on its future in the Chancellor’s Autumn Statement on November 29.

Elektromotive, the Brighton-based electric vehicle (EV) charging point manufacturer which has a vested interest in the scheme continuing, is urging the Government to continue offering the Plug-In Car Grant to buyers of electric vehicles into the next parliamentary session.

The company said the grant is a “crucial mechanism” for encouraging motorists into ultra-low emissions vehicles.

Calvey Taylor-Haw, managing director of Elektromotive, said: “Persuading consumers to invest their time and money in new technology always presents challenges, but it’s important to provide buyers with an incentive.

“With enough money left in the pot from this year, and valuable tax revenue accrued from each EV sale, the Government could easily continue to offer the remaining fund to those joining the electric revolution in 2012.

“If the Government and the automotive industry are to convince motorists that electric vehicles are viable alternatives to petrol and diesel-powered cars, the Plug-In Car Grant will play an essential role throughout next year.

“Consumers are aware of the lower running costs and environmental benefits associated with electric vehicles, but cutting off the grant now could well undermine EV sales growth during the next 12 months.”