Renault to cut dealer network by a third in 2012 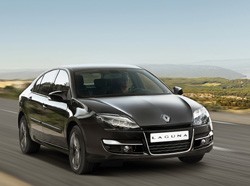 Renault will reduce its dealer network in the UK by a third next year and will also be cutting the Laguna, Modus, Wind, Espace and Kangoo car from its model range here from February 1.

The 190 dealer network will go down to "around" 135. Some of the closures will be within the Renault Retail Group but Renault was unable to quote an exact figure as discussions are ongoing.

The move is aimed at returning the French carmaker's UK operations to profitability as AM understands 50% of the dealer network has been running at a loss.

Managing director Thierry Sybord said that dealers were given the news at the end of last week and while reaction has been mixed, it is mostly positive.

Sybord: "There is a general feeling that something needed to be done.”

Termination letters are being sent by the end of December, giving dealers 12-months legal notice of the network reorganisation.

Renault UK said it would be taking a number of measures to improve brand perception and residual values.

No to unprofitable fleet deals

The company is also pulling out of unprofitable fleet business for the time being, including cutting its Motability supply by some 90% and slashing rental, but will continue to serve its core fleet customers.

Sybord revealed 2012 will be a "transition" year with the gradual introduction of its zero emissions models, culminating in the Zoe at the end of the year. Also arriving at around the same time will be the fourth generation Clio, historically a successful car for Renault in the UK, and the launch of the Dacia brand.

All Renault dealers will sell the Dacia Duster and new generation Sandero models when they arrive around November.

The investment required for Dacia is minimal - around £3,000 for signage and tooling - as it will occupy "a corner of the showroom", said Sybord.

Sybord added: "During 2012 we plan to move the Renault brand up in terms of customer perception and bring in Dacia below it. Our electric vehicles, or Z.E. brand, will form a halo above."

Z.E. models will be the Kangoo Van, Twizy, Fluence and Zoe. Asked if the large models, next generation Laguna and Espace, will eventually be reintroduced, Sybord said: "We will have to wait and see.

To see the full story on Renault's plans for 2012 and beyond see AM's January issue.