Geneva Motor Show: Hyundai Veloster to be re-engineered for the UK

Hyundai's Veloster three-door coupe hits the UK market later this year and will be specially engineered for British customers. 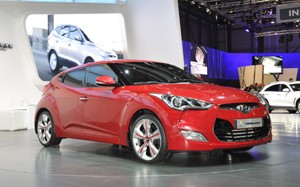 The coupe has one door on the driver's side and front and rear doors on the passenger side - and it will switch them round for the UK's right hand drive market, unlike Mini which kept the same configuration for all markets on its Clubman.

Tony Whitehorn, Hyundai UK managing director, said: "This shows how important the UK market is to the South Koreans. Britain will be by far the biggest market in Europe for the Veloster."

Whitehorn said the decision to switch the doors also shows a commitment by Hyundai to promote the coupe as a ‘halo' product for the rest of the company's vehicles.

He added: "The cost and re-engineering involved is quite considerable given the relatively small number of right hand drive markets where Veloster will sell - such as the UK, South Africa and Australia."

Whitehorn said the Veloster will appeal to people who want a sporty coupe but who also have a family.

"This car can fulfill both roles - it's a full four seater with a rear passenger door, wrapped up in a coupe body. It's both sporty and practical." 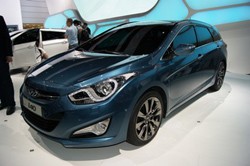 Also debuting at Geneva and coming to the UK later this year is the Hyundai i40, a new estate.