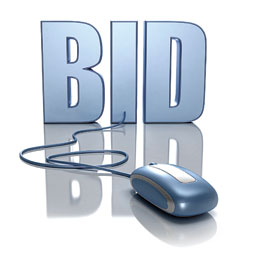 Cost, time and labour savings while retaining the retail opportunity – trusted and proven online remarketing platforms are enjoying a boom so, logically speaking, the hammering of those final nails into the coffin of the traditional auction surely coincides.

Hull-based Jaguar dealership Hatfields’ general sales manager Mark Claybourn hasn’t attended a physical auction for around 18 months: “We’ve cut out the time and costs; we are so pushed that actually going to the auctions is no longer an option.”

Car preparation, valeting, transportation, staffing and auction fees all add up and can make entry into the physical auction costly compared to the quick click that the online auction offers and, more importantly, the vehicle remains up for sale on the forecourt .

Claybourn is typical of a new breed of dealer who has turned his back on the physical auction.

He remarkets the majority of his unwanted stock via Autotrade-mail.com which started as a fax service in 1999 and migrated online in 2000.

From 2006 to 2011, Autotrade-mail.com doubled its carefully orchestrated mix of one third franchised dealers and two thirds specialist independents from around 2,500 to more than 5,000 subscribers.

Claybourn is a prolific user of the ‘wanted’ ads to the point that Hatfields has reduced stock levels and will ‘buy to order’.

He explained: “We don’t want to carry too much stock and risk it going overage so we need to be able to source cars according to demand quickly and easily.

"It’s even more important now as in the past few months residuals have been crucified in Glass’s Guide.

"I will pay over the odds for a car if I’ve got a buyer whereas if I was just buying for the forecourt I would look to pay the lowest price possible.”

Autotrade-mail.com’s operations dir-ector Kevin Watson admits the heady days of growth are slowing, but predicts subscribers will fur-ther utilise other aspects of the service like the ‘wanted’ section.

“This is really sorting the wheat from the chaff,” he said. “Proactive dealers are doing everything they can to ensure a conversion while reducing costs by opting out of physical auctions.

"We are seeing dealers adopt a keener and leaner approach and I think they will be the successful ones.”

The outlook for the traditional auction, then, appears bleak.

In fact, all the internet remarketers spoken to readily concede the continuation of the traditional auction.

Even though Autorola’s platform markets in excess of 6,000 units to its 14,000 users who are expected to buy 15,000 vehicles this year increasing to nearer 50,000 by 2016, Pay said: “The physical auction is a very established way of selling.

UK auction companies have secured contracts with rental and leasing companies, manufacturers and bigger dealer groups as well as providing a much wider range of remarketing services.