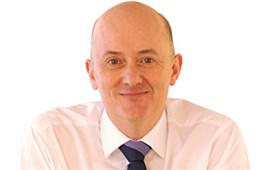 Jim Wright commended the work done by his predecessor Paul Willcox in bringing new retailers on board.

Nissan UK sales have ramped up since Wright was last at its Maple Cross HQ in 2000, before his move to Nissan Motor Europe and the introduction of the Infiniti brand.

Wright said Willcox had been “transparent and direct” about what was required for Nissan GB to grow. This is something he will continue.

“Speaking to the dealer council, we have a positive and transparent relationship. It would be a mistake to change that,” he said.

He also believes the dealers are in the right position to benefit when a stronger economic recovery comes. Average return on sales has held at 1.7%, the same as a year ago, but still ahead of 2009’s 1.3%.

“Before we put brand new cars into the mix we have a lot to do with what we have,” Wright said.

It has recently restructured its UK sales territories and, as its new car and van volume grows, some open points which had not been viable previously will be filled.

With those aspirations to grow, the territories’ average sales will have to increase. Underperformers will get help from field staff and will be on the end of a frank conversation. “Territories getting less than average will have to do better,” Wright said.

More than 2,000 new Qashqais are sold every month, and Wright wants to see Nissan and its dealers maximise the “lifecycle value” it offers by keeping as many as possible within the network when they come back as used.

That benefits Nissan in supporting residual values, and gives dealers a profit opportunity.

A new used car programme is being piloted at 20 Nissan dealerships, with a nationwide roll-out planned for January. Entitled ‘Cared 4’, it aims to make used car customers feel as valued as new car buyers.

Wright said: “At the moment dealers are not really geared up to capitalise on used cars. It’s about aptitude and focus on that opportunity.”

Nissan will support dealers to increase their throughput, with field staff, Cared4 branding, dealer marketing tools and national promotions at peak points for used car buying, just after the plate-change months.
AM understands the programme

All stock will pass provenance checks and customers will have a 30-day no quibble buy-back guarantee if they’re not happy.

“Qashqai has brought a lot of new customers to Nissan and Juke has been doing the same. A lot of people touched this franchise for the first time and we want to keep them.”

Wright said Nissan’s aftersales retention rate is “below average”, and must improve.

The You+Nissan Care programme, piloted last year, has rolled out to the network, but is still in its infancy. It promises price-matched servicing, courtesy vehicle, continuous free roadside assistance and two-day complaint resolution.

Nissan has to convince it is serious about LCVs

Nissan is guilty of having been “a bit on and off” with its light commercial vehicle business, Wright said. That means it has a job to do in convincing the dealer network that its LCV growth ambitions are serious.

That job began with the arrival in 2009 of the award-winning NV200, Nissan’s own-design compact van, and of NV400, its medium van based on Renault’s Master, which goes on sale this October. Nissan has begun a trial of an EV version of the NV200.

Wright wants dealers to capitalise on the businesses in their local areas, using their community links to open doors and secure sales to SMEs.

A field team is tasked with assisting the retailers through marketing communications and training.