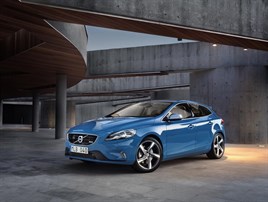 It will launch a Volvo franchise in Derby on January 1, its first step into the premium segment after six years of building a large scale mainstream brand business under its Bristol Street Motors, Macklin Motors and Vertu Honda brands.

Chief executive Robert Forrester wants further growth across the business, including through the addition of premium brands.

It's likely German brands including Volkswagen will be on its wish list for the future - Vertu already represents VW Group's subsidiary Seat.

Vertu Motors is advertising several vacancies for the Volvo Cars Derby business, which will be sited in the former Co-op Group Mazda showroom near Derby County Cricket Ground, including for a general manager starting on £50k basic salary.

Volvo had been represented in Derby by Pendragon's Stratstone division until it closed the dealership in 2010, leaving Marshall Volvo in nearby Nottingham to serve the region.

Its largest manufacturer partnerships nationwide are with market leaders Ford (19 locations) and Vauxhall (17 locations), both of which have lost market share in the last decade to premium German brands and aggressive Asian brands.