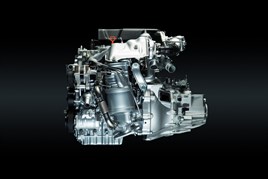 Honda is preparing to launch its 1.6-litre diesel at the start of next year which will help its dealer network to better compete against rivals in the market.

Tetsuya Miyake, project leader for the 1.6-litre i-DTEC engine, said: “There were no benchmarks for us because those targets would have been too low.

“We were determined to establish a benchmark of our own that our competitors would have to follow.”

The new 1.6-litre i-DTEC engine has been specifically designed for the European market, to meet growing customer demand for low emission diesel engines.

The new engine will be built at Honda’s European manufacturing facility in Swindon, UK. The new line is capable of producing up to 500 diesel engines in one day.