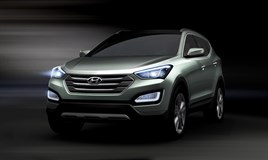 The AM Carmaker of the Year 2012 has ridden a wave of consumer interest for its products since the scrappage scheme and Hyundai wants to keep the momentum going with a flood of new product this year.

Tony Whitehorn, Hyundai Motor UK president and chief executive, spoke to AM about how success has changed the franchise and what dealers can expect on the road to a 5% market share.

The minute that you go over 50,000 vehicles you start to have a presence on the road. The year that we came out of scrappage in 2011, we ended up doing 64,000 vehicles, so it wasn’t just that Government incentive, but it gave us a great presence with consumers.

This year, we’re looking at 73,000 units which is a massive increase again. Fundamentally we’ll do this through new product.

Last year we launched one product with the i40 tourer. This year we’re launching eight.

AM: What areas of the business need to change to help increase market share?

TW: If you’re a franchise that is serious about increasing your volume, you have to focus on three touch points: product, marketing and the dealership.

Customers have seen the product on adverts and are aware of the car itself, then they walk in the dealership and it doesn’t fit with the modern premium feel that we’re trying to introduce.

We have looked at our dealer network and in the last three years we have taken on 55 new dealers between 2009 and 2011. That’s a lot of new dealers and we’ve terminated 30 during that time.

AM: Why were the 30 dealerships terminated?

TW: We had discussions with them about the potential of certain areas and how the opportunity has increased.

We’ve sat down with everybody and looked at our forward planning volumes and explained that it’s going to require some investment.

This is a marriage and both parents have to be comfortable. If someone’s reluctant to come to the altar and it’s not for them that’s fine, but it’s not going to work for us.

AM: How many open points do you have?

TW: We have dealers queuing up for our franchise and we have open points, but there are candidates for every area. The only area we don’t have a definite for is Oxford.

We have people interested, but it’s a very tough market.

We have 155 dealers and we’re looking to get to 165 this year. As our volume grows, it becomes a viable proposition to have dealers in territories that didn’t previously require it. We will want 180 to 200 dealers by 2015 with 100,000 units a year.