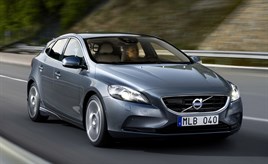 Volvo’s UK dealer network will reduce from 110 to 90 over the next few years driven by the need for a better profit model, according to UK managing director Nick Connor.

Connor told AM at the launch of the V40: “ is based on a sensible through-put of around 450 new car sales per dealer, instead of the 300 it is now.

“We also want 1:1 new and used sales. The reduction will not be a revolution of overnight terminations but a gradual consolidation, driven in part by a better profit model for our dealers.”

Connor acknowledged that customers today visit fewer dealerships before buying, and he would rather they travel 45 minutes for excellent service than 30 minutes for less than that.

“Some dealers are not willing or able to make the investment that we want. We will also have some groups were there are three good ones and it might be better to have two excellent ones. There might be some where it makes more sense for them to be an authorised repairer."

The launch of the V40 represents a significant opportunity for incremental growth for Volvo dealers, according to Connor.

He said: “The dealer feedback since the launch of the C30 has been that they really want a five-door variant of it.
“The C-segment is worth 320,000-400,000 annual sales and it would be very good for them to have a chunk of that.”

Connor has set a target of 12,000 V40 sales next year and believes that’s very achievable. “It’s a conservative estimate, but we want to main the premium position of V40 and don’t want to have an impact on residual values,” he added.

Connor said he believed Volvo’s lack of a Focus, Golf and Astra rival was in part due to 1993’s aborted merger with Renault. The likely strategy was small cars from the French firm with the Swedes building larger ones.

“That never happened, and now more and more people are down-sizing. It means the V40 is the right car at the right time for Volvo in the UK. Dealers drove it recently and were open about how much they liked the car, saying it’s what they have been waiting for.”