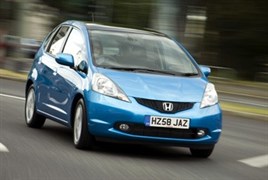 Honda has been revealed as the most reliable used car brand in the UK for the seventh consecutive year.

The What Car? and Warranty Direct research has just a one in 10 chance of cars suffering a breakdown in any given 12-month period. Toyota and Lexus are close behind in the league table.

However, while Japanese makes once again dominate the top 10 most reliable manufacturers, the research, based on 50,000 Warranty Direct policies on cars between three and 10 years old, shows that many more expensive brands will actually let you down more often.

Axle and suspension woes are the most common fault reported by the UK’s motoring public, largely due to the perilous state of the nation’s roads, accounting for 28.56% of all breakdowns handled by Warranty Direct. Electrical gremlins are the second most likely cause of an unwanted garage bill, with 24.3% of drivers reporting problems.

US brand Chevrolet is the only manufacturer from outside the Far East to break into the top 10. It also has the lowest average repair bill, £227, of the most reliable marques. Unsurprisingly, Porsche models are the most expensive to repair, with an eye-watering average garage bill of £623.

Land Rover is the UK’s least reliable manufacturer, with 71% of cars breaking down at least once every year according to the statistics.

Download the full table showing reliability rating of all manufacturers.

Duncan McClure Fisher, Warranty Direct’s managing director, said: “For most used car buyers, there are only a couple of factors that are taken into account when choosing a car. Reliability is always one of the top priorities.

“Cars have become increasingly complex, with lots of gadgetry on board, especially on executive models, where buyers expect more and more bang for their buck. Owners of these cars pay over the odds for the premium badge, but our study shows they could also be paying over the odds just to keep the car on the road."

McClure Fisher said it was a balancing act for used car buyers. He said: "You can get cars that break down less often, but have higher repair bills, or you can buy a car that won’t cost you much when it fails, such as a Renault, but lumbers you with more than a 50% chance of doing so. The one thing you do appear to be able to rely upon is buying Japanese.”