Analysis: Should you hold out for a return with Alfa Romeo? 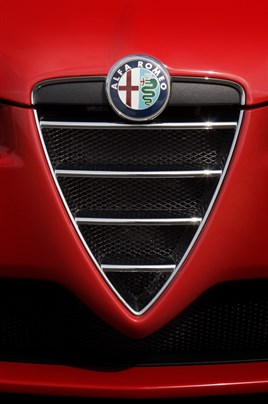 Dealers can’t do much without product and growing a brand in the UK is challenging even with a clockwork replacement cycle.

Look at the half-year point for 2012, the manufacturer brands most lacking new models are struggling to keep their heads up - Renault down 46.83%, Mitsubishi down 41.93% and Alfa Romeo down 35.9%.

Looking at Alfa Romeo in particular, dealers are having to survive on a two new car line-up with the Mito and Giulietta, after its D-segment 159 and sporty Brera, Spider and GT all received the chop. Admittedly, the survivors are in the B-segment and C-segment, the UK’s two largest sectors, but these are also fiercely competitive areas of the market.

It suggests that a keen eye on overheads will be necessary, and perhaps a focus on all-makes used cars or a second brand in the showroom, until the new product finally arrives.

Alfa Romeo UK head of brand Damien Dally admitted to AM “2012 is not a year for planned growth” but he’s adamant the brand is not heading backwards.

NFDA dealer satisfaction survey results shows Alfa dealers now rate the value of the brand to their businesses at the highest level since the recession in 2011. They also scored product image four out of five.

Clearly Alfa is a niche near-premium proposition and it must leverage the passion underpinning the brand in order to scrap at the heels of premium rivals. Saab failed in its fight to do so.

A brand like Alfa needs to shout loudly to be heard when it is vastly outgunned by size of product offerings and network representation.

Is it a profitable network?

Dally, who has spent a decade with the brand in various roles, told AM: “The situation is that we’ve got a sales infrastructure within the dealerships which was set up about five years ago and the reality is everyone’s business model has changed in the current economic times.”

Dally would not quote average return on sale figures or whether the network was running at a loss. However, the indicators are that it is. In 2006 Alfa’s then global boss told AM its breakeven point for the UK was 12,000 annual registrations.

On 2011 figures, the 55 dealers would have averaged 200 new registrations each if all Alfa’s business was retail.

Lately, dealer satisfaction survey ratings for the franchise’s profit ret- urn have recovered to 2.7 out of 5.0, having slid to a low of 1.8 in 2010.
Dally said Alfa dealer partners invested in the brand awaiting product which has been put back because of the recession. Now his job is to use the next two years to make preparations for when the new products do come.

Fiat Group boss Sergio Marchionne delayed the 159 replacement because of the recession and after rejecting designs. Brera and Spider also ceased prematurely.

New products are coming, but it’s another year before the 4C sports car arrives to help re-ignite the trademark Italian passion.
According to the latest NFDA dealer satisfaction scores dealers views on the Alfa management team’s ability to take dealer views into account is improving, climbing back from 1.8 to in 2010 up to 2.7 out of five.

Can it change consumer perception?

Dealers are also battling the past reputations of poor product reliability and customer satisfaction.

It is now doing better with keen pricing of its Mito, with an extremely strong line-up of engines, and the Giulietta as a genuine alternative to C-segment rivals. But price is one thing – consumer awareness is another. Alfa needs to get bums on seats to convince consumers the brand has changed. Low cost finance and a tactical offer of a five-year warranty can only do so much.

Alfa was in the bottom half of the manufacturer table for the latest JD Power Vehicle Ownership Satisfaction Survey, falling nine places comparison to last year. The brand has struggled with its customer satisfaction, but had been improving up to then.

That battle has not ended. Dally has been involved in dealer training clinics to improve customer service, online learning and training days with the products to get staff fired up about the a passionate brand.

Alfa also implemented a new customer relationship management (CRM) process which starts from the first visit to the showroom, through the buying process and afterwards.

The Fiat Group was the first carmaker to introduce dealer star ratings where cust-omers could give their live feedback on their experience online.

Dally said the system is not about naming and shaming: “We’re just creating a customer feedback system that is in line with other retail sectors.”

The Mito has been a conquest vehicle. Dally says customers are now progressing up to Giulietta.

Lowering the age of the target audience for the brand is essential as it looks to snag them early on and then progress beyond the Giulietta when a full product range is in place.

How can Alfa help dealers?

The five-year warranty offer for this summer could be made permanent. Marketing has also been successfully promoting 0% finance and three years free servicing on Giulietta PCP deals.

It is asking dealers to win fleet and SME interest, particularly now Mito can offer 10% benefit-in-kind.

Dally said: “The headline for all our offers and campaigns is “If you’re going to talk about me, test me.”

“And it refers to everyone’s opinion on Alfa Romeo, but the reality is they have never driven one. When people get behind the wheel, we know we deliver so we really want people to decide for themselves.”

“In the current market it’s easier for consumers to stick with brands they know. Yes we’re a sexy Italian brand, but sometimes with that comes fear of repair costs, which is actually not the case, but it’s a deliberate strategy to take what might be at the back of people’s minds about the brand off the agenda.”

Click on page two to read analyst views on Alfa Romeo, information on its forthcoming product line-up and an in depth look at its current network landscape.