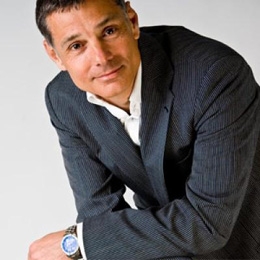 Former RAF pilot John Peters has been confirmed as the guest speaker for the next AM Executive Breakfast Club which will be held at Simpson's in the Strand in London on November 2.

Peters came to the world’s attention in January 1991 when his bruised and battered face was flashed onto television screens around the world. On the first day of the Gulf War, a British Tornado bomber - piloted by Peters with John Nichol navigating - was shot down over Iraqi territory. Hours later they were captured. Four days of unspeakable torture followed until they were forced to speak to the world on Iraqi television.

Franchised dealer bosses are invited to attend the event for free and will hear how Peters has adapted the lessons learned during his traumatic experiences in the Gulf War to help senior executives in business.

Peters has written books on his experiences and also picked up a Masters in Business Administration. This October he is helping to launch an executive MBA programme at Birmingham’s Aston Business School, which he has personally designed.

Resilience and how to react to pressure in hostile and uncertain environments are key requirements for leadership, whether in a combat situation or in business.

Peters said: "Are you able to engage people when they’re uncertain and when the problem is messy and when no one knows the answers? That is what separates the very best chief executives – making a difference in an uncertain situation.

"Those teaching leadership all read the same books. If you go for a conventional management programme you end up with the same results. The whole point of these very innovative programmes is we get you to think differently."

Senior franchised dealer bosses can find out more and book their free place at the AM Executive Breakfast Club by visiting www.am-online.com/breakfast-club/ or contacting Luke Clements luke.clements@bauermedia.co.uk