AM report: the importance of property to a dealer's performance 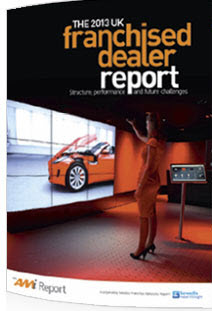 No-one disputes the point that the UK’s network of franchised car and LCV dealerships has shrunk in the past decade. Although no concrete data is held by the industry, AM’s own archives and the AMi intelligence service suggest the network has diminished by some 1,100 dealerships to around 5,600 locations, as at the end of 2011.

An interesting point to consider is whether that 19% decline is due in any part to the broad demands of brands for franchisees to invest in larger retail facilities. For carmakers, a large, modern showroom will do wonders for promoting its brand and attractively displaying its breadth of vehicle range. But for the retailer it suggests higher overheads that will need to be absorbed by a higher volume of business from a wider market area.

David Chittenden, head of automotive and roadside at property consultants Colliers, said he believes there is a correlation. Further in the future he sees large conurbations occupied by fewer, larger dealerships with aftersales sites perhaps in support at more marginal towns.

Nevertheless, the investment in property is largely driven by the franchise and its business cycle. Some mainstream brands are now closing marginal locations or allowing multi-franchising because of their own decline in market share and overall vehicle parc. Other expanding brands are requiring more investment in larger showrooms.

“It’s a moving feast all the time, depending on the particular cycle the franchise is in,” he said. “You will always see churn.”

One issue for dealers with surplus property is the relatively poor demand. Pre-recession the underlying alternate use values were strong, now they aren’t there, except for food retailing, so that poses a problem for the dealer’s exit strategy.

In addition, showrooms created bespoke for a particular brand will have implications if in the future the dealer risks having that franchise terminated.

Under the general block exemption from June 2013 manufacturers are empowered to approve who the dealer sells the franchise to. In cases where the manufacturer no longer wants representation at that site the market value may be significantly affected when a property sale is negotiated.

“Every manufacturer has to sit up and really consider where their market share will be in five years’ time,” Chittenden added. “For dealers, the right product can make the right return so invest the money where the return is right.”

“The problem is there are too many dealers in only a 2m annual new car market. Some of these dealerships were built for a 2.5m market.”

The prevailing market conditions, and changes in the way consumers are buying vehicles, almost suggest a decision looming in the years ahead which most carmakers would currently baulk at, namely end the demands for larger and larger showrooms and properly consider the future of car retailing.

A second point for consideration must be whether the dealer’s sales volumes have increased in proportion with the increased minimum size of showroom in their franchise standards during the past decade.

This is an excerpt from the pdf version AM 2013 UK Franchised Dealer Report.

Read more about the report.

Or buy the pdf version from our shop.