New car trends: Germany has become the master of brands 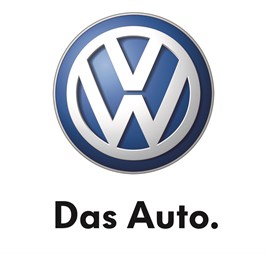 Our stereotype of the Germans is that they are the masters of engineering: great at perfecting the tangible, but not really the people you want for the intangible.

However, it is getting harder to ignore the fact that, when it comes to branding, they appear to be the best in the industry.

People sometimes scoff at Volkswagen’s brand strategy – if it moves, buy it – but that is to ignore the fact that it has a pretty good idea of what to do with the brands it does buy. Okay, it might have taken 20 years’ hard work to get Audi to where they wanted to be, but it did get there. Skoda was on the right track apparently within minutes of the takeover, and only Seat is left struggling to find its role.

It may come as a surprise, but Fiat is responsible for almost as many brands as VW since the Chrysler takeover: Fiat itself, Alfa Romeo, Lancia, Maserati and Ferrari in Italy, plus Chrysler, Jeep, Dodge and Ram in the USA. Until the mid-1990s, it also had Autobianchi in southern Europe (luxury small cars), and over the years it has welded together seven truck brands to form Iveco.

The two corporations show the difference between brand management and brand acquisition.

Like a well-functioning sports team, all the brands at VW know their place and what job they are supposed to be doing. At Fiat, the strategy changes as each new team manager arrives. Lancia was originally meant to be the premium brand – its first two Fiat era cars were the Beta and Gamma. After decades of downwards drift, it now has the premium supermini Ypsilon and tokenistic lower medium Delta. Alfa Romeo was going to be the premium brand, and the 164 and 156 got the Fiat-owned era off to a good start. But falling sales because of reliability issues made Alfa panic and it was repositioned against mainstream models. Sales fell faster than prices.

Only Ferrari has proved a success, which is ironic as Fiat’s original investment had more to do with helping Ferrari fly the Italian national flag than with hard-headed business decisions.

Now the strategy seems to be to use the Maserati badge for executive cars of the sort Alfa Romeo used to sell in the ’90s, make Alfa the brand for the mid-market, and restrict Fiat to the 500 and Panda. It is not hard to follow the logic – a Maserati badge on an A6 competitor would be quite tempting, and an Alfa badge on a Focus-fighter can’t do worse than a Fiat one.

However, there is one inescapable problem with this. It basically consists of devaluing the brands for possible short-term gain. Taking Maserati downmarket is fine, but what happens if it just keeps going downwards?

The old BMC company used to do that – gradually squeezing the life out of once-upmarket brands like Riley and Wolseley until there was no brand value left.

The big difference with VW is that it buys and builds. There is no brand in the group that is weaker now than when VW bought it. Fiat paradoxically looks more like a short-term investor that tries to take what they can out of the brand (which often turns out to be next-to-nothing).

However, Fiat is only the most extreme example. Most European manufacturers are struggling to find a coherent brand strategy. Renault has the highly-successful Dacia brand, which is supposed to give Renault space to move upmarket – except it clearly isn’t.

Citroën is taking the opposite tack, with the DS3 carving out a successful niche. However, to give the DS3 and DS4 space, the C3 and C4 seem to be deliberately dull, so C-models seem to lose as much as DS models gain. General Motors wants Chevrolet to be the entry-level brand to give Vauxhall and Opel space to move upwards, but Chevrolet is no Dacia and Vauxhall is no VW. Only Ford is defiantly going its own way, determined to make the core Ford brand more attractive.

So, are there any examples of an affordable brand which only enhances its parent? That would be German-owned Mini, which is definitely no laughing matter for the other Europeans.