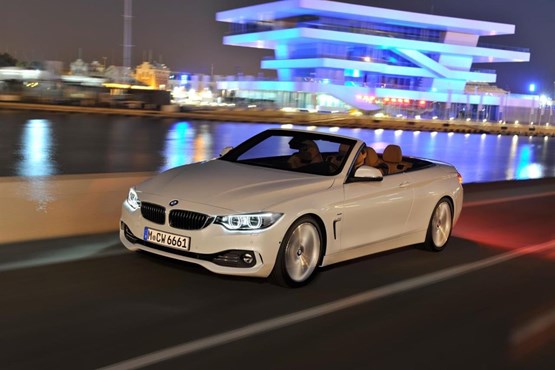 BMW’s new 4-Series will be priced from £36,675 in the UK when it goes on sale in in time for the March plate-change next year.

The new model is longer, wider and lower than the previous 3-Series version and customers will be able to choose from two petrol engines and one diesel, as well five trims – SE, Sport, Luxury, Modern and M Sport.

The retractable roof can be lowered in 20 seconds up to speeds of 11mph and the boost spaceof 370-litres is reduced to 220-litre.