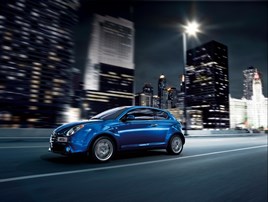 Alfa Romeo has revised its Mito model for 2014 with a higher specification, new interior and technology features but the entry level price has increased by £1,850 to £14,350.

The entry level Progression trim has been removed from the range and customers can now choose from Sprint, Distinctive, Sportiva and Quadrifoglio Verde (QV).