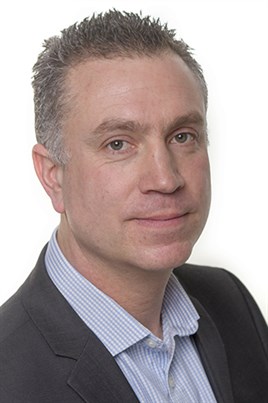 Dealers should not expect any shocks or dramatic activity in the used car market in Q4 as reduced values and increased supply have set the scene for a ‘soft landing’ according to CAP.

The market seems to be repeating the pattern seen last year, when the market slowed more gently than in the past, with no sign of any shocks on the horizon, CAP experts believe.

Black Book Live, CAP’s real-time car valuation trending tool, identifies cars over four-and-a-half years old as one of the main areas of increased supply. This is fuelling complaints among dealers that high mileages and poor condition are an increasing problem in the search for quality retail stock.

But even values of older, lower quality cars are not sliding steeply, thanks to on-going retail demand, which leaves dealers with little choice other than to keep stocking forecourts.

Derren Martin, senior editor of Black Book Live, said: “The window of consumer demand is slowly closing as we move through the final quarter, so dealers who are in the market for stock are exercising more caution around bidding prices at auction.

“We have therefore seen conversion rates at auction slip from over 80% at this point in September to around the 65% mark a month later.

“This reflects the increasing volumes of cars and, in particular, cars that would not be everyone’s first choice to purchase for stock. Part of this increase comes from September retail part-exchanges that were not attractive enough to franchise dealers to put on their own forecourts. These are now washing through the market, along with ex-rental vehicles and ex-demonstrators.

“Because retail demand remains good for the time of year, dealers are therefore reluctantly buying these cars and absorbing the cost of reconditioning them. Retailers still need to fill their forecourts, so buying those older cars has become a reluctant necessity.”

Martin is also quick to reassure the market that the temporary increase in volume shows no sign of becoming a serious problem of oversupply that could depress values significantly.

He said: “There are over 2 million fewer used cars in the marketplace than before the recession, so there is no imminent threat of a return to the days of severe oversupply.

“We are also seeing early signs of dealers across all segments building stock levels for January, as they tend to turn a blind eye to used vehicle stock turn at this time of year. Demand is traditionally high among consumers post-Christmas and some switched on sellers will be starting their January sale from Boxing Day. The days of clearing the decks for the year-end accounts are certainly over for many.

“With a soft landing predicted for quarter 4, this also makes any dramatic increases in values less likely as we enter the New Year. In short, the market remains fairly robust and we foresee no unpleasant shocks in the short to medium term.”