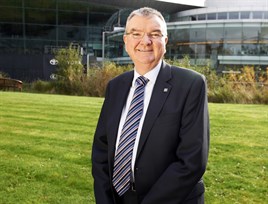 The IMI has appointed Graham Smith OBE FIMI as its new president.

Smith is executive advisor to the president of Toyota Motor Europe and managing director of its London office.

Smith said: “The IMI has been an integral part of my entire automotive career and becoming president is a huge honour.

“I won’t be involved in any of the day to day running – that isn’t appropriate to the role. I will be there to support the executive team and hopefully offer the benefit of my years of experience. I will also play a role in representing the IMI to key external stakeholders at the highest level, which aligns closely with the organisation’s strategic aim to extend its international reach.”

Smith’s appointment comes on the back of the launch of the consumer campaign for the IMI’s Professional Register.

The IMI is hoping the register will put skills at the forefront of good practice in the automotive retail sector, by publically listing automotive professionals whom the IMI is able to verify are skilled and currently competent in their roles.