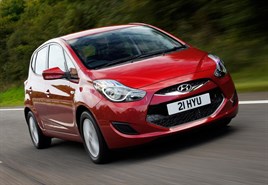 The assets acquired include two leasehold properties in motor retail areas to the East and West of Edinburgh.

Both of the dealerships will be rebranded under Vertu’s Macklin Motors brand and take Vertu’s total amount of dealerships in the UK to 101.

The aggregate consideration, which includes £0.3m for goodwill, is estimated at £0.7m and will be settled in cash from the group’s existing resources.

The acquisitions now take Vertu’s Hyundai representation to seven sites in the UK.

“I have recently visited this manufacturer’s facilities in South Korea, and it is clear that the brand‘s ambition, backed by its investment in current and future products, is impressive and Vertu is well placed to be part of Hyundai’s continued success in the UK.”

Forrester said the acquisitions further develop the group’s Macklin Motors footprint in Scotland which has now grown to nine sites across Scotland.

Vertu now has 101 dealerships in the UK and Forrester said the business is building on the group’s management and systems infrastructure to ensure it can continue to build scale.

He said: “Vertu continues to have a strong acquisition pipeline and management anticipates further deals to be announced in the near term.”

The deal follows on from Meridian Motor Group's announcement that it will be building two Hyundai dealerships in Stockport and Preston.