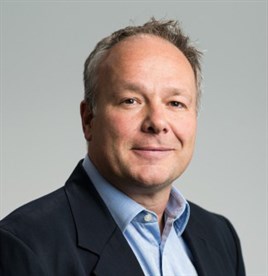 The new boss of Auto Trader has spoken of his determination to address the "anger and annoyance" felt by dealers at the way they have been treated by the UK's largest used car marketing company.

In the six months since his appointment as chief executive, joining from software design and production company ThoughtWorks, Trevor Mather has met 100 dealers.

The principle concern - and one that he says has been addressed - was price transparency, and the belief different deals were being done dependent on the type of dealer they are, how many cars they advertise or even where they are in the country.

"Dealers are annoyed and angry at the lack of clarity around pricing and how they have been treated. And I totally agree," he said.

Auto Trader, Mather said, was now clear with its customers that there was on price for all dealers.

The company was also changing its tact in the way it did business.

"What dealers hate the most is the lack of choice - they have to deal with us as the market leader. And they felt they had been 'done to', rather than taken on a journey, and at the same time told prices are going up 25%.

"So, the way we sold what we were doing, our tone and our willingness to discuss what we are offering has not been good enough. And I don't think a large proportion of our dealers were considering the value to cost equation, but focussing on cost per lead or cost per sale and focusing on one or two metrics is dangerous as it ignores brand awareness or walk in business.

"This is our fault too. We must improve - and this is my focus."

And Mather recounted an example of a used car supermarket that ended its relationship with Auto Trader. Two months later its leads had fallen by 62%. "While it came back to us, warning people of the potential damage to their business in leaving us is not a good way of doing business."

He admitted the change in attitude to his company, to rebuild trust, could take years.

Internally, he said there was "massive" internal changes at Auto Trader: there will be a rationalisation of the 41 brands the company promotes.

Mather would like there to be two or three. "We spend £11 million to £12m a year on getting customers to understand the Auto Trader brand, but nothing on the other brands. We will tackle this."

He also said there was a culture in the business to focus on three to six month goals, whereas his goal is to get staff to understand the importance of creating a business "for the next 40 years and beyond".

"We are dominant in the market on a premium price offering. If we want to keep this position we have to do the following: ensure we have the most valuable product, continue to develop it and explain our rationale to our customers as we go; create a beautifully designed and executed products for consumers and have an effortless relationship with consumers andparticularly dealers, moving from helping them sell stuff to helping dealers move into thedigital world with as little effort as possible."

> Auto Trader is to begin a new six month TV marketing campaign on Boxing Day. With a new corporate logo and under the banner "Hello. Goodbye" ads will be concentrated in January and February when it believes the car market will continue to be buoyant.

"Every week there's a new competitor for us and so the huge, combined marketing spend in the sector will help stimulate the market," Mather said.