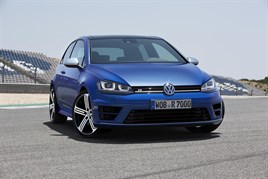 Vertu Motors has acquired the entire share capital of dealer group Brookside which operates three Volkswagen dealerships, two in Nottingham and one in Mansfield for £4.7 million.

The assets acquired include one freehold and two leasehold properties.

Total consideration, which includes £1.6m of goodwill, will be settled in cash from the group’s existing resources.

For the year ended December 31, 2012 the management accounts of Brookside showed a turnover of £35.7m and EBITDA of £0.4m. Vertu expects the acquisition to be earnings enhancing in its first full year of ownership.

The Volkswagen sites further develop Vertu’s representation with the brand following its acquisition of Boston and Lincoln Volkswagen dealerships in July this year.

“Nottingham and Mansfield are important centres where Vertu already represents several manufacturer partners including Citroen, Hyundai, Honda and Suzuki. Adding Volkswagen to this list will further strengthen our business.”

Forrester said the group would continue to develop the group by adding to existing franchise relationships and exploring new manufacturer partners.

This acquisition increases the group to 104 sales and aftersales outlets.

"We believe the businesses are reasonably well stocked, but have factored in an additional £1m of capital expenditure in 2014E to ensure the dealerships comply with manufacturer standards."