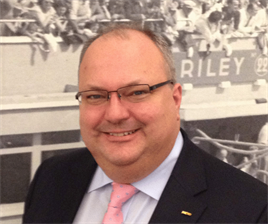 In his new role, Richards will use his skills to develop the contract hire and leasing business for JCT600 with plans to implement a fleet sales strategy for the company within the next year. He will also manage the five-strong team of corporate sales managers across JCT600’s volume and prestige fleet operations.

John Tordoff, chief executive of JCT600, said: “The company is continuing to invest in its fleet division and Neill’s appointment is part of our plan to make JCT600 the fleet dealer of choice in the coming years.”

With over 15 years’ experience in fleet sales, Richards started his career as fleet sales executive with Kwik Fit Fleet, subsequently being promoted to product manager for the Kwik Fit Business Drive Card.

In 2003 he moved to Volkswagen as business sales manager for the Skoda brand. Two years later he became northern regional manager for Skoda before being promoted to the position of national contract hire and leasing manager in 2007.

JCT600, which has its head office in Bradford, is a family business with 42 dealerships throughout Yorkshire, Derbyshire, Lincolnshire and the North East.

It sells 21 of the brands such as Aston Martin, Audi, Bentley, BMW, Ferrari, Maserati, Mercedes-Benz, Porsche and Volkswagen.