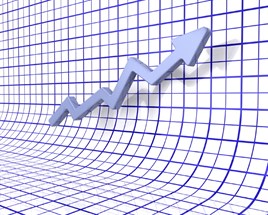 UK dealers made an average profit of just over £7,000 in December 2012 with a return on sales of 1.2%, according to the latest dealer profitability figures from ASE.

Mike Jones, ASE chairman, said: “When we entered 2012 we were predicting a tough year as a result of low brand sales aspirations and a declining service vehicle parc.

“Looking back the average dealer significantly outperformed this prediction producing a very strong performance in the second half of the year.”

While the profit was largely as a result of a supply push of vehicles into the market, albeit frequently matched with strong consumer offers, the average UK motor dealer sold 30% more new cars in 2012 than they did in 2011.

Allied to a robust used vehicle market, performance from the vehicle sales department was the principal driver behind the growth in the average dealer’s return on sales to 1.2%.

Despite being slightly behind the return earned in the scrappage assisted year of 2009, this result is significantly better than the long-term trend for the sector.

The return on sales for the top performing dealers saw a small increase to 4.7% compared to 2011, however there was a significant improvement amongst the bottom 10% of retailers who cut their losses to 4.2%.

This reduced the spread between dealers with the best and worst return on sales s from over 10% to under 9%, the lowest it has been in recent years.

Overhead absorption has continued to fall, however this has been a result of increasing overheads rather than falling aftersales contribution.

Most dealers have been able to counteract the decline in service and parts revenue with a corresponding decrease in costs, with only a select few able to increase sales. Now the vehicle parc is increasing once more service results could improve from 2014.

Jones said: “Given the cyclical nature of dealer profitability, matching the 2012 result in 2013 will prove tough for most retailers. New car targets have been adjusted upwards and the decreased new vehicle bonus resulting will have be be replaced by a stronger used car performance if most dealers are to equal 2012.”