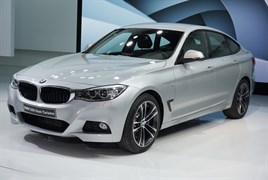 The deal is expected to boost group turnover to £250 million which will move Spire from 66th to 38th place in the AM100 and past Mon Motors.

The growth will see Spire overtake HR Owen too, the company which Spire managing director Darren Guiver and Kim Richardson, finance director, left to set up their new business in 2006.

The acquisition also gives Spire the BMW franchise for the first time. Other dealers like Ridgeway Group and Group 1 Automotive represent both Audi and BMW.

The acquisitions include two full dealerships in Watford and Stirling Corner near Borehamwood, plus an aftersales centre in Ruislip. Stuart Worboys will move from Spire’s Whetstone Audi dealership to head up the Stirling Corner site.

Guiver said: “We are delighted to be adding these prestige brands to our group.

“We already represent Audi in a similar territory, and now we will be aiming to capitalise on the geographical footprint this new acquisition gives us in North London.”

Spire has built up a franchise portfolio that also includes Watford Audi plus Peugeot, Seat and Volkswagen Commercial Vehicles in Hatfield.

Including the Scotthall acquisition, the group employs over 500 staff. Spire is an AM award winner group, winning Best Retail Group (up to 10 sites) at the AM Awards 2012.

The Jardine businesses were all part of the Scotthall subsidiary and were previously operating by Milcars.