New car finance up 31% in February 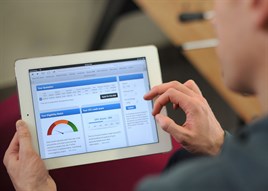 The number of new cars bought by consumers using dealer finance grew by 31% in February 2013 compared with same month in the previous year, according to the latest figures from the Finance and Leasing Association (FLA).

Paul Harrison, head of motor finance at the Finance & Leasing Association, said: “The new car finance market was strong in February and again outperformed the growth in new car registrations.

“This shows the importance of point-of-sale credit to the UK automotive industry, employment and the wider economy.

“The Government must make sure that its new regulatory regime for consumer credit maintains a competitive marketplace and supports the continued availability of affordable credit for customers.”

Despite the increase in February, one dealer suggested that while offers were tempting buyers into the showroom they were not profitable deals, with a "huge increase in manufacturers sacrificing dealer F&I earnings" with low rate PCP deals.

AM Poll
Will e-scooters and micromobility reduce UK car ownership by 2030? Please leave a comment
Vote
View all
3208