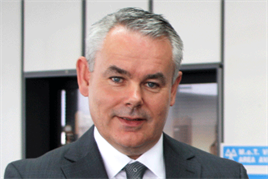 While digital developments continue to change the way automotive retailers operate, there are still certain aspects which have not changed over the past 10 years.

Sales executives are driven to hit volume targets and chase a bonus and it can create an environment which isn't great for customer retention or service.

Cotswold Motor Group is looking to pioneer a new process to establish the teams within its three BMW and Mini dealerships in Cheltenham, Gloucester and Hereford.

Andrew Hulcoop, the group's managing director since joining from Damon Hill in 2006 after working at Sytner Group, has developed a fresh way to identify new talent and retain young staff that historically have been reluctant to accept the demands of a seven-day working week in auto-motive retail.

Cotswold recently won the AM Award for Excellence in Customer Service with its Cheltenham dealership and the site's dealer principal Paul Neale, has also been instrumental in developing how the group finds its next shining stars.

‘Recruit for attitude, train for skill'

Hulcoop said: “One of the things that we believe in is to recruit for attitude and train for skill.

"We decided some time ago to take a new approach to recruiting sales people and it was something that came about after we were asked to compare ourselves to Apple.”

Cotswold creates assessment events which sees up to 70 potential candidates invited to apply and all are assessed on attitude alone.

The senior management team observe the group, but don't look at CVs beforehand so there are no preconceptions.

From a group of 70, the business will typically identify 12 new people that could be really successful if given the right opportunity.

It's not just sales roles either; the assessment events will identify roles for every department.

Hulcoop said: “The task of trying to see 60 or 70 people is fairly daunting, but we now have a process in place where we can see every one of them and they all get an opportunity to show us their character.”

Cotswold does not outsource its recruitment assessments; it's all done by senior management.

This way of recruiting formed the basis for how Cotswold changed the way its teams are structured.

A new way of retailing

Cotswold found that some sales trainees it was taking on weren't prepared for the hours and commitment expected from working in a successful dealership.

As a result, the group found it was losing some talented people.

Hulcoop said: “Even though they loved working here they wanted their life back and, unfortunately, certainly on the sales floor, that is a bit of a sacrifice you have to make.

We had found these people, trained them and developed them, but we were losing them and it's a crime for that to happen.”

He said: “Traditionally if you wanted to give your team more sociable hours you would have to increase the amount of people you employ, but that can't be the answer for most businesses.

The earning potential can become an issue.”

The new car sales teams are now split with a retail manager paired with what BMW and Cotswold calls ‘product geniuses'.

The retail manager is loosely what would have previously been seen as a sales executive or sales controller in traditional dealership sales team structures.

The product geniuses are knowledgeable about all aspects of the BMW range. They can answer any customer questions and take them through the sales process up to the point of closing a deal.

AM Poll
How has the COVID-19 pandemic affected your attitude or mental health? Please leave a comment
Vote
View all
691