New figures from Jato Dynamics show the European new car market was up by 2.0% in April, compared to the same month in 2012. Year-to-date sales remain down, by 7.1%.

Within the ‘big five’ markets, Britain continued to record increased registrations, as did Germany and Spain. The Italian and French markets remain down year-on-year. 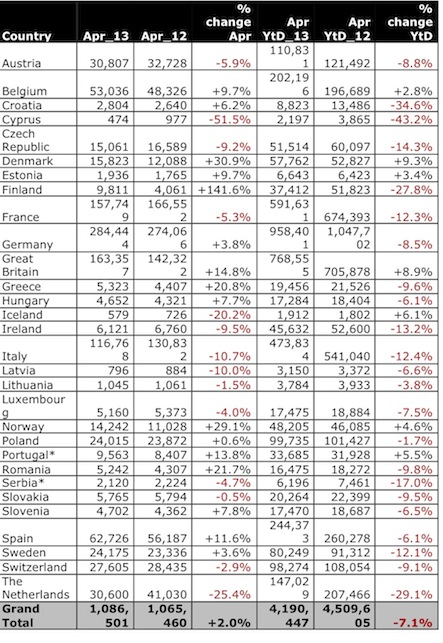 The Volkswagen Golf continues to be Europe’s best selling car, increasing by 17.9% in April compared to the same month last year. 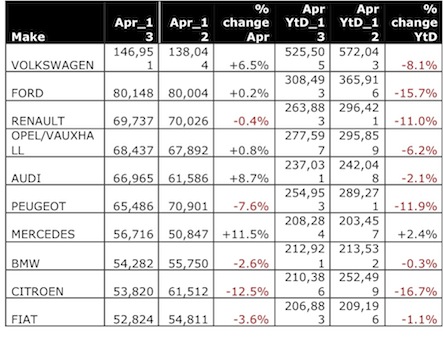 Although five brands recorded increased sales in April (Volkswagen, Ford, Opel/Vauxhall, Audi and Mercedes), Mercedes was the only brand in the top 10 to record an increase in year-to-date sales (2.4% higher than 2012).

Outside the top 10, Dacia, Seat, Land Rover and Subaru all recorded significant increases in April.

Gareth Hession, Vice President of Research at Jato, said: “The latest figures show just how much difference having a new product can make, with Volkswagen, Peugeot, Renault and Audi all enjoying increased sales.”