‘Double-digit’ discounts – is it the ‘norm’? 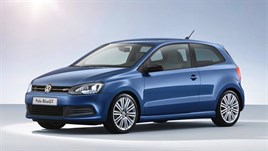 New car discounts have reached the mainstream news media, with recent claims that double-digit discounts are commonplace and apply to as many as 20% of brands.

But how has this perception arisen and is it true?

What is unquestionable is that year-to-date the European market is in a downturn, with four leading markets – France, Germany, Italy and Spain – all in a negative position year-on-year.

In contrast, the UK posted an overall increase year-on-year of 7.4%, not taking into account April’s results.

What is clear from the graph below is that the UK’s retail sector has certainly been on the increase throughout the first quarter, with every month ahead of both 2012 and 2011 and April achieving the highest figure for five years.

It is well known that much of this increase has been driven by incentives, but is it quite as simple as discounting on the metal?

Certainly, the Telegraph’s Honest John thinks so: “Right now, for an ordinary car, people are getting discounts of 20%. It’s very common”.

This view reflects some What Car? statistics showing that a double-digit discount is available across 20% of manufacturers.

Based on my own research, I am doubtful that what is going on is quite that simple. I do know that true discounts across most of the market are within 3% of the retail price.

It may be, therefore, that consumers are being encouraged to expect much greater discounts from the actual screen price than are realistically achievable.

There is a current offering of £1,000 towards a finance deposit, free insurance valued at £500 and a dealer discount if you shop around of up to £500.

The combination of these offers amounts to £2,000 of ‘value’ and added together is equivalent to about a 19% ‘discount’.

But is 19% actually a discount that the consumer can expect to obtain off the screen price?

As with most things, the truth is more complex than the popular media would have people believe.

In reality, the picture is of a range of incentives, as another example illustrates.

Take a five-door Toyota Aygo Fire with an RRP of £9,990 and 0% finance on the whole amount.

Throw in free insurance, valued at £500 and then potentially about £300 in dealer discount and it is easy to see how the ‘total discount’ figure is arrived at. In this case, the combination of incentives amounts to £1,800 of ‘value’, equivalent to about 18% discount.

What is clearly demonstrated is that the consumer offers available are extremely attractive and in many cases can amount to the ‘high teens’ worth of value in an array of potentially complex offers.

But these deals are not the same as straight discounts off screen price.

Of course, there will always be cases where, on a run-out model or price-led low consumer demand vehicle, there will be large discounts.

There is definitely a good news story that should be portrayed to the consumer on how fantastic the deals are in the showrooms today and how positive the market is in the UK.

But we should remain aware of the impact this can have on the used car market.

It will be no coincidence that this resurgence in the new car market is going hand-in-hand with the first significant downturn in used prices for some time, as reported by Black Book Live recently.

There is also a potential issue that no-one has touched on.

If the complexity of the deals on offer are misunderstood, or misrepresented, by the media then consumers could have unrealistic expectations around price.

The danger is that ever greater discounting will become the expectation, if consumers are not fully aware that there are other ways being used to incentivise sales.

The last thing the industry needs is a price-led approach and yet that is what is being portrayed.

It is in nobody’s interest to talk about double-digit discounts as if cutting screen prices is the only way to increase new car business.

It is far better to talk about the range of incentives that can be woven in to make a deal affordable.

This is important for consumers to understand so that the rapid devaluing of product can be avoided.