Fortunes restored after year at mercy of yen 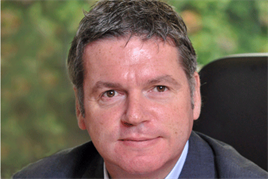 At the start of this year the superstitious were busy wondering what impact a change to the 13-plate might have on the UK new car market.

In contrast, the management team at Mitsubishi Motors in the UK in Cirencester was breathing a collective sigh of relief as they bade farewell to 2012, a year of brand and retail network survival as it awaited crucial new products and more favourable exchange rates.

Now those conditions have improved.

A new Outlander SUV and Mirage city car have been launched into the UK, and the yen/pound rate has risen past 150/1 for the first time since 2009.

The data from the Society of Motor Manufacturers and Traders shows the effect this is having: Mitsubishi’s share of the UK new car market has been restored to 0.5% four months into 2013 from the 0.3% it had slid to at the end of last year.

Managing director Lance Bradley said Mitsubishi Motors in the UK and its retail network has just come through the most difficult period he’s known in his 13 years at the company.

As the Japanese yen dropped as low as 120 to the pound in December 2011, the money his import company was paying to Mitsubishi in Japan for vehicles was effectively half of what it had paid in early 2008.

That meant the factory was losing money on every car it supplied the UK, so would try to limit what it would sell to Bradley in 2012.

“We knew it was coming because we could see that the exchange rate wasn’t likely to improve during most of last year, and we were able to plan accordingly.

"We knew we would get price increases from the factory,  some of that could be passed onto the market, but most couldn’t, so we set out the plan to protect our dealer network as best as we could.”

Mitsubishi in the UK made cutbacks on marketing and incentive spend which led to a decline in sales volumes to 6,549 new cars and 4,853 new pick-ups.

“Although we’re a niche brand a certain level of volume is always important for any franchise’s survival. We had a very tough year.”

The UK head office recorded a loss in 2012, as did the network, with average return on sales falling to -0.5% as only one in three Mitsubishi franchises made money.

The benchmark he now sets is 2%.

However, Bradley said the actual loss of any dealers was kept low in 2012.

The network had been kept informed through the importer’s six-monthly forums and dealers were told what the expected level of business would be and were supported in cutting back their own costs and resources.

Measures taken early in the recession, such as ending charges for launch packs, training and technical information, were continued.

Demonstrator levels were maintained, although flexibility was put in for the Shogun flagship 4x4, with dealers allowed to hold onto it for 12 months instead of six.

“It was important to keep the dealers informed because with the volume so low it was hard for some of them to justify even the minimum level of resource.

"We knew we had two cars coming, so it was a question of getting through last year before the new products arrived, and we did. It was painful,” said Bradley.

After the new government was elected in Japan last November with a remit to weaken the yen and supp-ort exports, Bradley and his team were able to negotiate better prices with the factory for 2013 and knew they could begin reinvesting in the business.