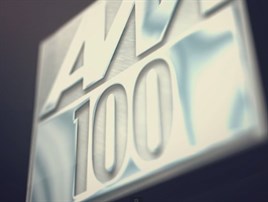 The AM100 largest automotive retailers in the UK have posted record breaking figures with the highest revenue performance in 20 years valuing the select group at £40.6 billion.

The AM100 list was revealed last night to an exclusive audience at the five-star Royal Garden Hotel in Kensington and ranks the 100 largest dealer groups in the country by turnover.

The unveiling of the list follows on from 15 months of consecutive growth in UK new car registrations, recovering consumer confidence and growing positivity from automotive retail businesses.

Chief executives and business leaders celebrated their achievements at the event but also warned against complacency in a series of video interviews with AM from the night.

The AM100 publication is the annual industry guide to the 100 largest dealer groups in the country, according to their company turnover.

In addition, the AM100 provides a detailed analysis of the state of the industry and looks at the key issues facing dealers and their customers.

Teaser details from the AM100

The list was unveiled exclusively at the AM100 Dinner event to attendees, who were also given an early print issue featuring full details of the AM100 list and analysis from AM.

The AM100 supplement will be included for AM subscribers in the June 28 print issue.