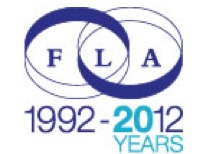 New figures released by the Finance & Leasing Association (FLA) show the strongest growth for more than two years in the number of used cars bought by consumers on finance at dealerships.

In April, new business grew 26% by value and 22% by volume compared with the same month last year.

The consumer new car finance market remained buoyant with volumes up 37% on April 2012.

Table 1: Cars bought on finance by consumers through dealerships

FLA members’ penetration of the private new car registrations market in the year to April 2013 hit a new record of 73.2%.

Paul Harrison, head of motor finance at the FLA, said: “April was a strong month with consumers and businesses using new and used car finance to fund their next vehicle purchase.

“The two year high in private used car finance could be attributed to customers returning to that market following the release of the new car number plate the previous month.

“Forecourt deals are competitive and customers are obviously finding what they’re after.”