Mazda3 will be available as a saloon in the UK 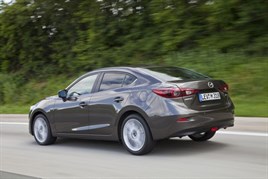 The new Mazda3 hatchback will also be available as a fastback model when it goes on sale in the UK later this year.

The saloon version features a different roof, rear window, rear wings and boot lid in a design which extends the overall length by 120mm to 4,580mm - compared to 4,460mm for the hatchback.

Boot space has also been increased by 69 litres. 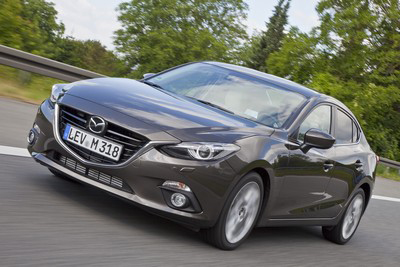 Buyers will be offered a choice of three naturally-aspirated high compression Skyactiv petrol engines and one turbocharged diesel - all fitted with i-stop, Mazda's idle-stop system, as standard. A smaller diesel is expected at a later date.

The new Mazda3 will play an essential role in building volume for the Japanese brand for UK dealers.

The new compact, which makes up almost one-third of Mazda’s global sales, is a vital part of company plans.

Mazda is keen for the 3 to be a success in the popular C-segment, so a host of technology will be available such as mobile internet connectivity which will allow the radio to read out social media updates.